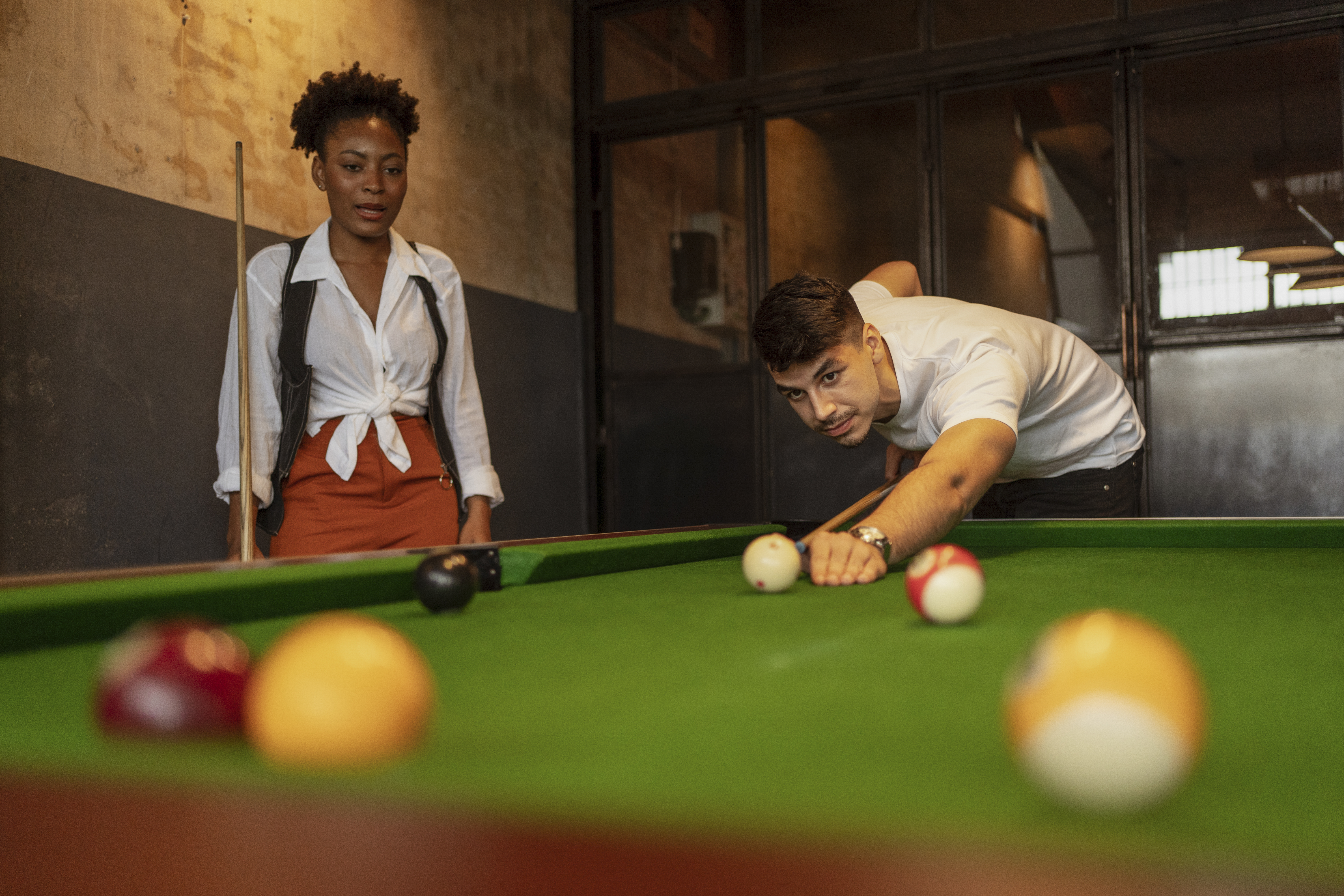 Cessationism is nothing more than Christianized atheism

I was recently at a “multicultural” event, where people who live in my area and who have emigrated from foreign countries shared some of their native culture. Be it poetry, song or a story of what led them to live in Canada. It didn’t take me twenty minutes and I noticed something that was extremely obvious. Atheism and agnosticism are truly Western diseases.

During the whole evening a presentation did not pass without a mention of God. Now, God was not always necessarily Yahweh as there were Hindus, Catholics, pagans, etc. here. But one thing I immediately noticed was that no matter what circumstances people came out of, no matter what hell they escaped from, each and every one of them believed that there is a spiritual realm that influences the physical realm. While I believe that some of them are deluded and follow false gods, the fact is that they all knew that the spirit realm was a real and present force.

Some would say that the reason behind this is that people coming out of difficult situations need a “crutch” in the form of a god or gods. I would look at it from the opposite side of the coin. I think the reason all these downtrodden people believe in the spirit realm is because they can’t afford to lie to themselves about it. This is not going to be a tirade or an anti-atheist debate. Nor will it be a lengthy article on logical problems with an atheistic worldview. Suffice it to say that I believe that being an atheist requires a high level of faith and a low level of intellectual integrity. However, this will be a comment on how the Western church itself has become, or has been manipulated to be, atheist.

Whoa! I can hear it now: “I’m not an atheist! I believe in God!” Well, intellectually that’s probably true. I’m sure you believe in God. But let me explain what I mean. In far off places where missionaries come and go with slideshows of starving children and ruined homes, there are also (almost without exception in my experience) returning stories with those same missionaries. Stories of people’s experiences with demons, ghosts, fairies or monsters, or the powers of healers and shamans, etc. For my part, I flatly reject the frankly silly idea that all these stories are the result of primitive superstition and overheated imagination. You can also see this throughout history. If the Greeks were so primitive to believe in minotaurs, hydra, Hercules, Zeus, etc., how did they build one of the greatest civilizations on the face of the earth? I’m going to take a chance here and say that ALL myths and ALL legends are based on truth. Even if it becomes exaggerated.

Many people in the “third world” live with the spiritual every day. So why not us? Even much of Europe to this day still strongly believes in things like trolls or fairies. So why not here? With the exception of Native Americans, even among the so-called “churches” there is no belief in tangible spiritual manifestations, be they fallen or holy. I realize there are exceptions, but I mean average.

This type of thinking creates, as we have seen, an ideal hotbed for atheism. If the church does not even believe in or commit to the spiritual, why should the average citizen on the street give half of what goes on behind church walls? Paul speaks of the spiritual gifts that are sent as a sign to the unsaved. Jesus said in Matthew 10: 8 that Christians should be raising the dead. Raising the dead! Don’t lure them in and prop them up on the church pews so they can fill the plate like mindless zombies! Here’s an idea, instead of filling the church house with a group of frozen elect, people who are nothing but pups and ears. Rear to warm the bench and ears to listen to the preacher and then cut it into pieces. And through the copying of worldly entertainment to interest people to come, how about a fire of the Holy Spirit?

Don’t you think if word got out that there were REAL healings, REAL personal prophecies, REAL words or knowledge and the like, you could see a REAL revival. I’m not talking about these fake plastic revivals that get televised and publicized and, sorry for the expression, prostitute themselves to the media. I mean true revival, equipping the saints and spreading as the people scatter. Where GOD joins the congregation instead of an elegant campaign of deception and lies. Steve Quayle likes to point out that the national judgment begins in the house of God. Well guess what! National reconciliation also begins in the house of God. It will not come from the government house. It will not come from a protest or civil disobedience. National reconciliation and a reprieve from divine judgment will only come IF true followers of Jesus Christ, Yahshua, review their preconceived and man-made doctrines of demons at the door, turn their heads, and beg. Taking the written word into his word and beginning to operate in the spirit instead of operating in the flesh. God decreed that Nineveh would be destroyed in 40 days, but due to massive repentance 400 years were saved.

All that to say this. The doctrine of cessationism is nothing more than Christianized atheism. Cessationism takes all the Jesus-ite New Testament promises and cuts them to their knees, cuts out their tongues, gouges out their eyes, and puts a spike in each ear. To be a Christian and a cessationist is to be a member of a theological history club. Going to church can be NOTHING more than a self-help exercise, and hearing facts and figures about people and places long ago and far away, a bit like a fairy tale. A cessationist God is a God without power. And a God without power is a different God than the one you find in your Bible. If God doesn’t change, why do all cessationist adherents BLATELY claim that He did? Yahweh performs miracles and gives signs from Genesis 1: 1 to Revelation 22:21. So where does someone come from saying they won’t do it today? You should be ashamed of yourself! And with a belief like that, it probably won’t do much for you unless you stop listening to man-made garbage and start digging for the truth of things.

And for those of you who say “the perfect thing has come and it is the Bible.” All I have to say is, which is more perfect, your Bible with 66 books (interesting number to associate with your Bible, huh?), Or the coming of Yahshua in the clouds to make war with the antichrist and claim the nations. as yours? THIS IS NOT A TRICK QUESTION !! You CANNOT read a new will and leave as a cessationist without doing mental gymnastics. Period.

An atheist cannot be blamed for being an atheist when the church and individual “Christians” have nothing to show for their faith. Engaging an atheist on a battlefield of logic is like fighting an army at home. If you can convince someone to believe, they can do it again.

The western church has come under greater enemy attack than any persecuted third world church in at least one way. They have become completely numb and turned on themselves by a spirit of apostasy and apathy. They have calmed down to the point of helplessness. For those pastors who perpetuate a dead message of self-help, facts, and psychology instead of power in the name of Jesus through the Holy Spirit, they WILL REPENT! For those of you who are sitting in a dead church with a dead gait, GET OUT OF BABYLON! And for those of you who just can’t be bothered, Revelation 3:16. I have been heard to say that the best thing that could happen to the church today would be a persecution similar to that of Stalinist Russia. Obviously I don’t want that, but it would certainly change a person’s priorities, wouldn’t it?

Now, with that bite left, let me add here at the end, I come from an extremely cessationist background. Not only did the gifts disappear, but anyone who said otherwise was likely possessed by a demon. That was my Sunday school. Which I’m sure is part of why I just can’t stand his still life anymore. If you don’t agree with me, just read your New Testament. If you ask for understanding, you will be shown where the truth is. As for me, I am not saying more Christian atheism!

Previous Post
What are the pros and cons of whole foods?
Next Post
Vilantae Cure for Acne with Vitamin B5